French or German: Which One Will Benefit You Most?

French and German are two popular languages offered at school. But if you didn’t go for any of them and chose instead Spanish – the third most popular language offered in the education system- you might have a dilemma in your hands when trying to decide which one to go for. 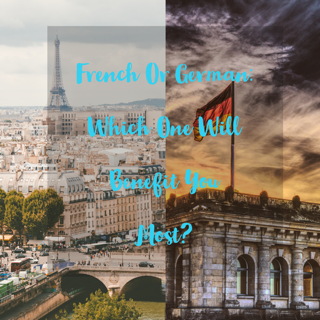 First you should consider why you want to learn this new language? Your answer might give you a powerful reason when you choose.

Are you attracted more to one of them? Do you have any personal reason for wanting to learn any of them? The one with the most personal appeal to you should be the one to choose.

French is spoken in five continents with more than 220 million people speaking it as their first language. On the other hand, German is the Most Spoken Native Language in the European Union, with an estimated 175-200 million speakers worldwide, German is the eleventh most widely spoken language in the world.

Germany is the fourth biggest economy in the world and the birthplace of many international incorporation like Volkswagen, Mercedes Benz, and it is also the strongest economy in Europe. So, speaking German can boost your CV massively especially if you are in the Business sector or have a vocation for science.

The ability to speak French is an advantage for finding a job with the many multinational companies using French as their working language. 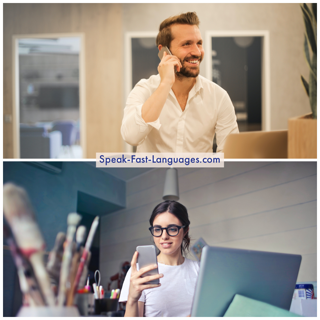 France is often considered the language of culture. Learning French is a cultural journey into the worlds of fashion, gastronomy, the arts, architecture, and science. You also get immediate access to the works of great French writers such as Victor Hugo or Marcel Proust and famous poets like Charles Baudelaire or Jacques Prévert, in the original text.You can immerse yourself in the day to day culture and listen to the most popular French singers in their vernacular while understanding every word. 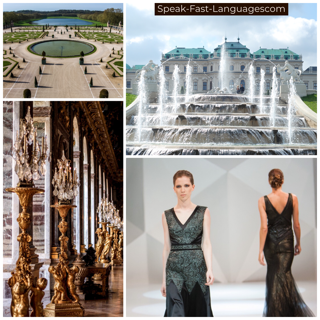 University education is free in Germany, contrary to the UK where students end up with massive student debts. If you master the language you could study in the country for next to nothing – foreigners also- but you must undergo a German exam proficiency to be eligible.

When learning French, you have the option to attend the most prestigious universities although you would have to pay.There is nonetheless the possibility to apply for government grants if you master French.

Both languages are quite easy for English speakers to learn.

English is a Germanic language, and you will find a great deal of vocabulary that are either the same or similar. On the other hand, English uses a lot of French words thanks to the Norman invasion.

If you happen to speak any other Romance language like Spanish, Italian, or Portuguese, this will help you learn French easily. If you already have Dutch or Swedish under your belt, you will get familiar quickly to German.

For both languages, the problem is the grammar; needless us to say that the German one is more complicated.German has three gender for nouns- masculine, feminine and neuter- and declensions might seem a big hurdle to surmount when you first encounter them.

What interest you most? Is it art, architecture, food, fashion? Go for French.

It offers insights into French culture, mentality, and way of life.

France is the world’s top tourist destination and attracts more than 79,5 million visitors a year. The ability to speak even a little French makes it so much more enjoyable to visit Paris and all the regions of France. 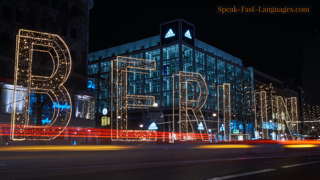 If your idea is to live and study in Germany, Berlin is the cheapest capital city in Europe. It offers endless opportunities, whether that be within fashion, entertainment, or business.It is also a cool and liberal city.

You should overall consider how you hope to use the language. Is it for travel, for business, for your work or because you wish to further your education?

Think about it and your decision will lie in your answer. However, whichever language you decide to study will be the right one for you and will open a world of new possibilities in your life. Trust your gut feeling.

Let me know in the comments which one you will learn.