Why Do Some People Find English So Difficult To Pronounce?

English learners who have reached a high level of grammar and understanding of the language, still find pronunciation of certain words quite difficult and they still struggle with intonation.

In this article I will show you why. 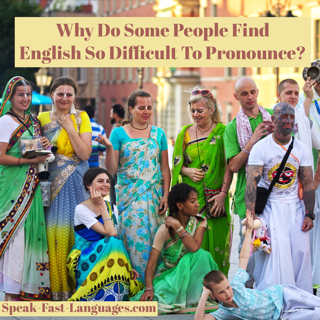 The written and spoken forms are different

Even though English has only 5 vowels you can find 19 vowel sounds when speaking, making it more difficult for learners to guess the pronunciation if they are not used to the word they are reading. 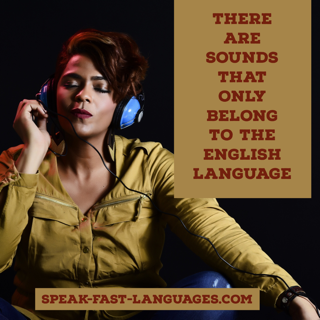 There are sounds that only belong to the English language.

For example, the English ‘th’ in itself is difficult to pronounce for foreigners. It is either pronounced like a ‘d’ by Spanish speaking nationals, or a ‘z’ by the French.

When pronouncing the first there is a friction between your tongue and your teeth, and not when pronouncing the latter. It is even difficult for native children to master the correct sound. It takes time. Toddlers usually pronounce ‘thing’ like ‘fing’. So, don’t be disappointed if you are struggling.

English also have long and short vowel, and it is at times difficult for non native to pronounce these correctly as these do not exist in their mother tongue.

I always must be careful when pronouncing short and long vowels because in the heat of a conversation I often get mixed up. 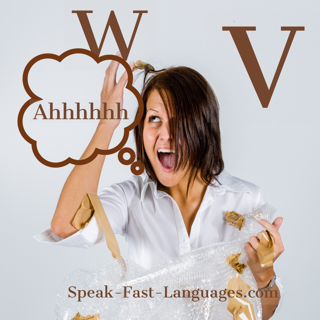 The English intonation is more random than in other languages.

Most of the time, when an English learner is not understood, it’s because the stress is misplaced, and the intonation is wrong. Here practice is recommended. It’s important to listen to native speakers and shadow them so that you can learn where to stress words properly.

English has a great deal of joined letters

English has various ways of joining. You can be faced with omission of more than one sound.

You can have vowel+vowel joining where one sound disappears, or consonant + vowel joining.

Articles, prepositions, conjunctions, auxiliary verbs, etc. are words that have no stress, and so they are weakened. This is called "weak form" as opposed to a "strong form", which is the full form of the word pronounced with stress. The strong form only happens when we pronounce the words alone, or when we emphasise them. Weak forms are very often pronounced with a schwa, and sometimes a bit difficult to hear properly.

Sometimes weak forms are easy to spot, because we use contractions in the spelling to show it:

But usually there is no change of spelling, only the pronunciation is different:

As you can see, the grammatical words "him" and "to" are unstressed and have a weak form when pronounced inside a sentence.

another example: I would like some fish and chips

strong forms -> /aɪ wʊd laɪk sʌm fɪʃ ænd tʃɪps/ This version sounds unnatural and, believe it or not, more difficult to understand for a native speaker.

Students who are learning English usually use only strong forms, and they sound very unnatural. English speakers use weak forms all the time, every single sentence is full of them, and students find it difficult to understand because they are not used to them, and very often they don't even know they exist.

Why do grammatical words weaken the way they do? It's all about rhythm. The way English is pronounced makes it necessary to weaken function words so you can keep the rhythm. 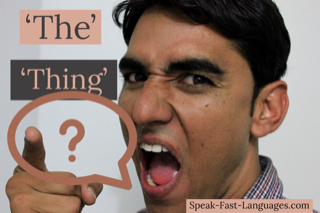 On a language forum I belong to, when I asked What is the most difficult sound to pronounce in the English language the winner was ‘th’.

Even though English pronunciation might seem difficult, you just must learn how to coordinate the English sounds, the structure of the language, the intonation and spelling rules. And to master the new skills practice is paramount. If you need help at mastering your English pronunciation please,click here for more information.
Discussion