Is Your Accent Preventing You From Getting The Perfect Job?

In the past, your accent could give away a lot about you: your social status, were you’re from, your education. An accent can be regional, national or foreign, for example an Indian person speaking English.

However, accents can influence someone’s perception of you and may affect the decision of an employer when hiring. 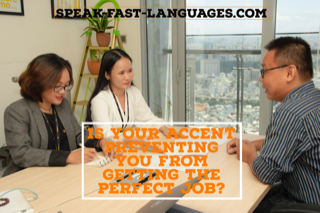 According to research, eight out of ten employers have admitted to not recruiting a candidate because of their accent. This is called unconscious bias because most of the time the person is not even aware of this judgement. But I must admit that it exists in the business world. 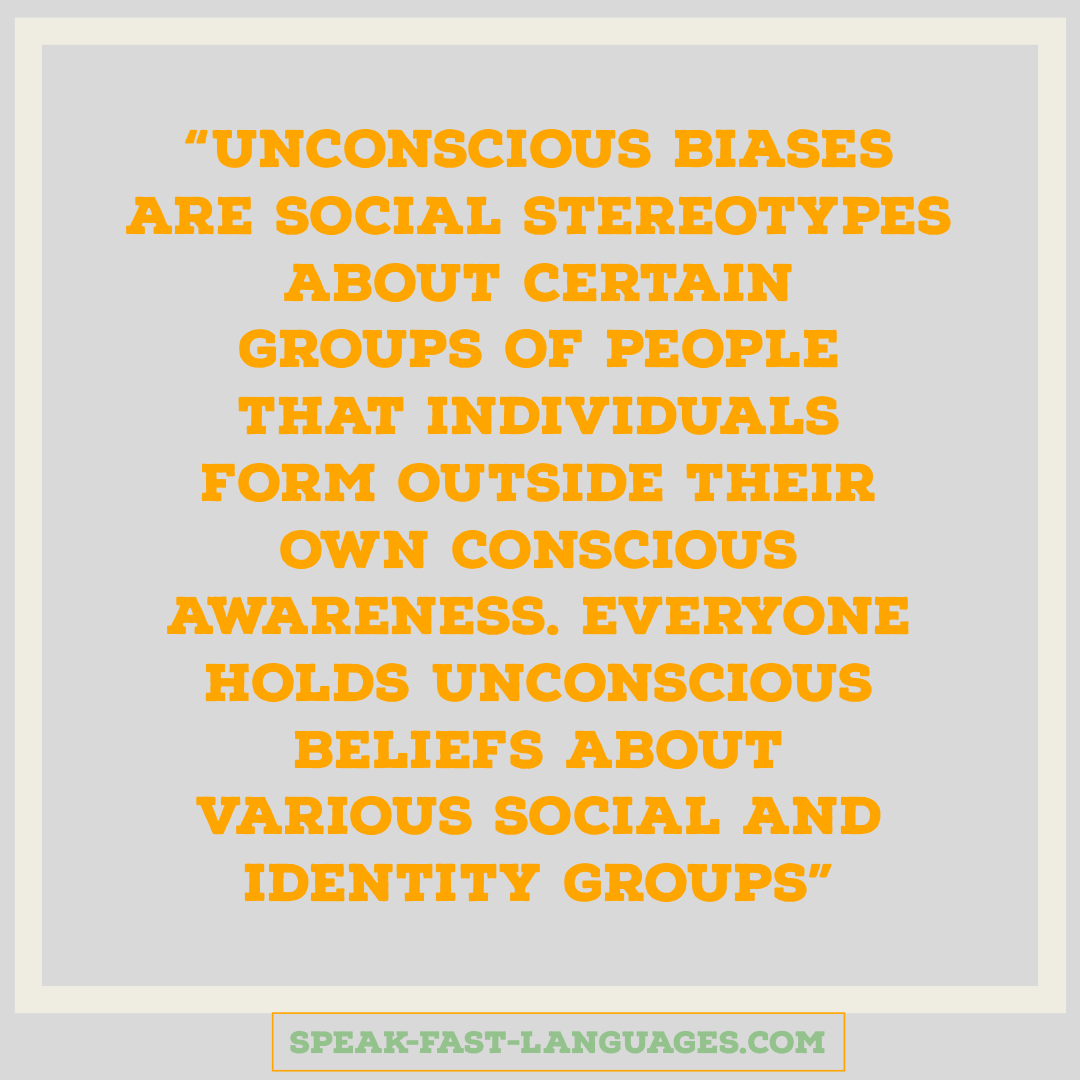 In a study taken place in the UK by the University of South Wales, it was revealed that some accents were being favoured by employers. The preferred one was the RP (received pronunciation or commonly called the BBC English or the Queen’s English). This preference assumes that a person speaking with this accent is considered of high intelligence. On the contrary, people with a Birmingham accent (Midlands) was considered less intelligent.

In the USA, although there are a multitude of regional accents, the one who is most accepted by employers is the standardised American English, which is the one you can listen to in the news, movies and shows. They claim that it is easier to understand and learn. 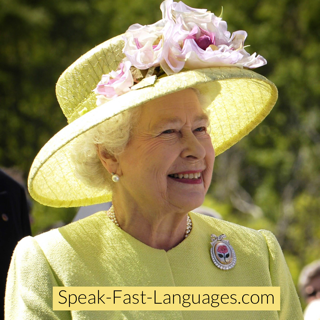 The preferred accent is the RP (received pronunciation or commonly called the BBC English or the Queen’s English).

In a poll who took place in 2013 in the UK, where 4,031 adults were interviewed, 28% of them feel discriminated against because of their accent.

14% experienced accent discrimination in the workplace and 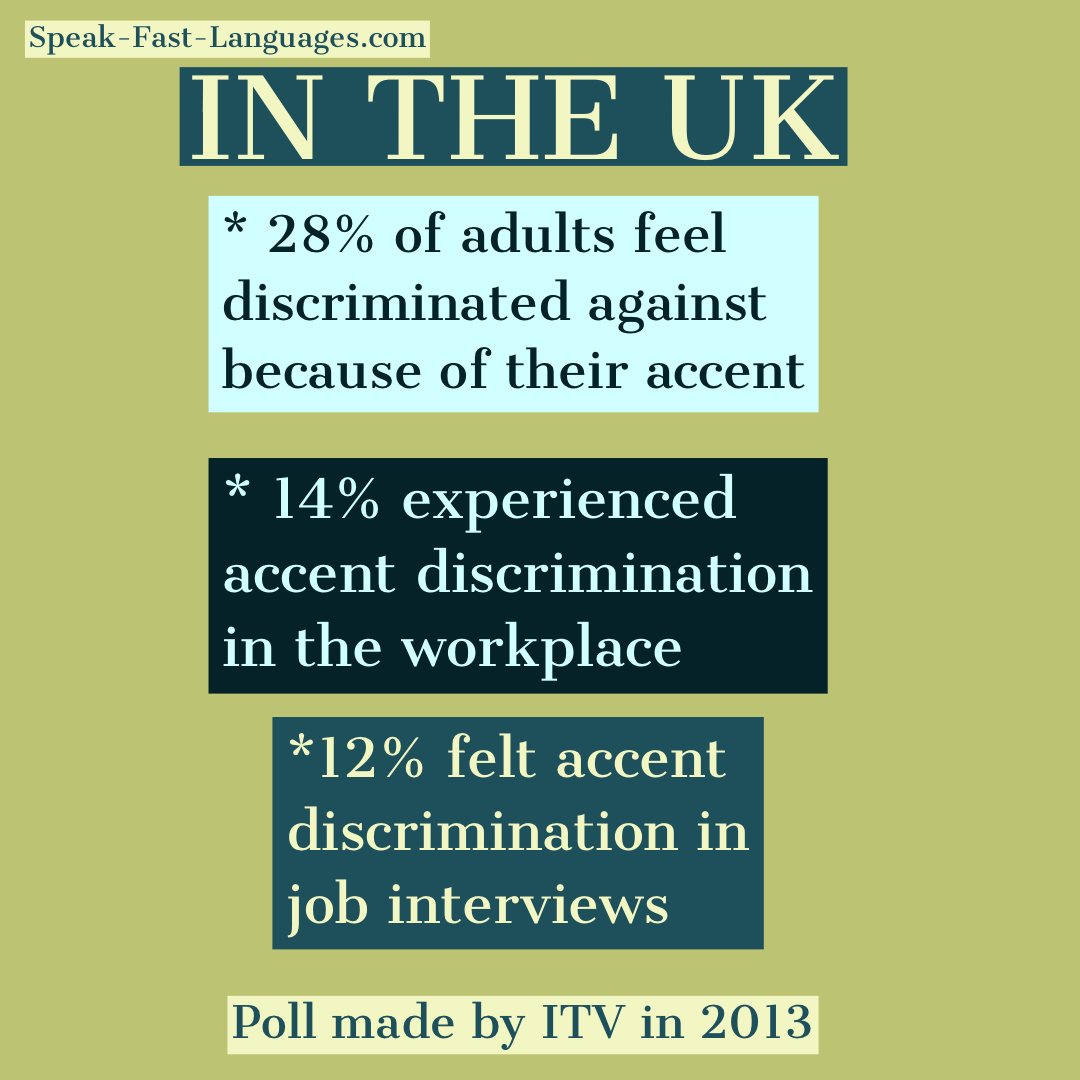 In the USA, several studies showed that people with native accents have a smaller chance to be hired for the position they apply to. And non-native applicants have a lower chance of being hired or getting a promotion than the applicants with American English accent.

This is alarming news. You can always take legal action if you think you are discriminated because of your accent. The employer should demonstrate that clear communication skills play a major role for the job.

What can you do if you have a strong accent? 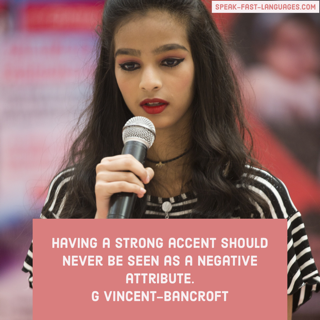 Let me remind you that having a strong accent should never be seen as a negative attribute in any circumstance. However, if you want to improve your chances at a job interview here are a few tips that you could practice.

-If you have a regional accent, just don’t use regional slang. Cursing is an absolute no, no. Don’t change your accent.

-Pronounce the letters at the beginning and the end of words. This will slow down your speech and allow you to project a more professional image of yourself.

-Speak slowly and clearly. You will sound more eloquent; you will have more time to think about what you’re answering and will come across as an intelligent person during the job interview.

-Read books. Reading will help you understand the meaning of new words in context and will help expand your vocabulary. You will be able to impress potential employers with the use of more complex words and that will increase your chances.

-Avoid the use of filler words. Don’t use “Err” “Erm” as this will make you sound uneducated, no matter your accent.

-Be confident and speak up. During the interview relax, breathe slowly and project your voice. Speaking softly will reflect your lack of confidence and this will be detrimental.

Speak at a normal rate, not too fast not too slow. Both will make you incomprehensible. If this happen your interviewer might decide not to hire you. Control your nerves as it can make you speak too fast and your accent will be less understandable.

-Ask questions if you didn’t understand what was said. It is always better to ask them to repeat, than to stare at them blankly or give the wrong answer.

-Practice your speaking skills prior to the interview. Practice regularly with a friend, on an internet chatroom or on your own. Be consistent and you will see results.

Improving a strong accent is not easy, but with patience, determination and building your confidence you will get this dream job you’re looking for.

If You need help reducing your strong accent please,click here for more information.